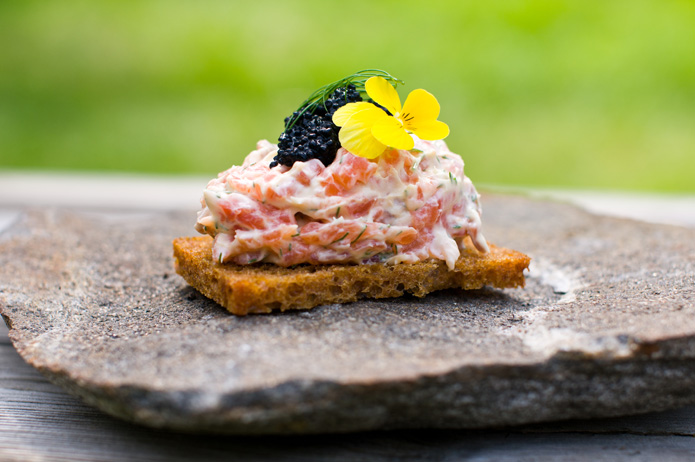 This hearty, protein-rich appetizer is perfect for the holidays or any celebration! Pink and red in color, this dish will look beautiful on your table. Make it as spicy or mild as you prefer.